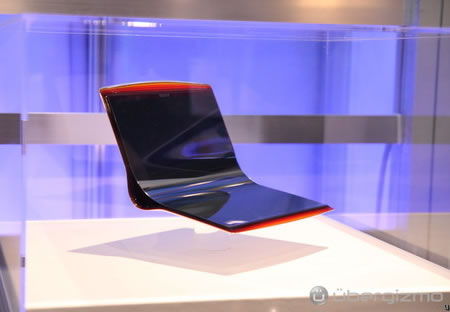 A cool new OLED concept from Sony for its new range of laptops and the company has out brought some prototypes as well; a reader, a bracelet and a laptop. The most noticeable is the all-display laptop that does not have a physical keyboard but instead sports a virtual one. It looks amazingly light but no one was allowed to touch it as it was displayed behind thick plexiglass. The display is also flexible. So don’t you guys think that is really a neat and cool stuff from Sony?
[Ubergizmo]