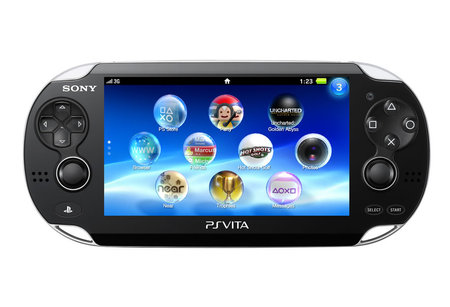 Sony’s NGP officially hailed as PS Vita, will ship next year for $249

Much in line with the popular rumors, Sony finally confirmed details about its NGP at the Electronic Entertainment Expo in Los Angeles. Hailed as PS Vita, the handheld device will sell for $250 when it touches shores of US next year. This is the price for the Wi-Fi only version whereas the $300 3G PlayStation Vita will be doled out in partnership with AT&T sometime in this year’s holiday season. Specs include a 5-inch OLED touchscreen, front and rear touch pads, a quad-core processor and dual analog sticks. It’s also more camera-ier with one on both front and back sides.

Sony will soon throw a hi-def 3D display too which will hike the price of this NGP to $499 that will come with Resistance 3, some nifty glasses and a six-foot HDMI cable among other things. With this, the company also demoed certain games during its keynote including LittleBigPlanet, Street Fighter vs. Tekken, Ruin, Wipeout 2048 and Uncharted.
[Digital Trends]