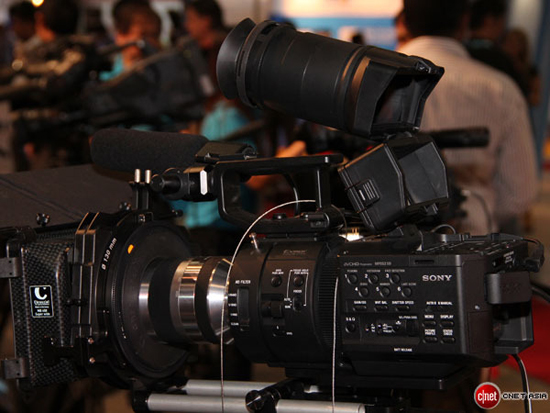 Sitting and watching some amazing basic feats performed in slow-mo are totally mind boggling. That’s what makes the all new Sony NEX-FS700 so special. This slow motion video camera manages to shoot at 960 frames a second, a feat that is quite a phenomenal breakthrough in the technology. What’s more is that the camera is 4K ready to pump out outrageously awesome 4K video via a 3G-Serial Digital Interface (3G-SDI). It features a 11.6-megapixel sensor, supports E-mount Sony dSLR lenses and packs 3G-SDI and HDMI outputs. Expect it at the end of June for $9,900.