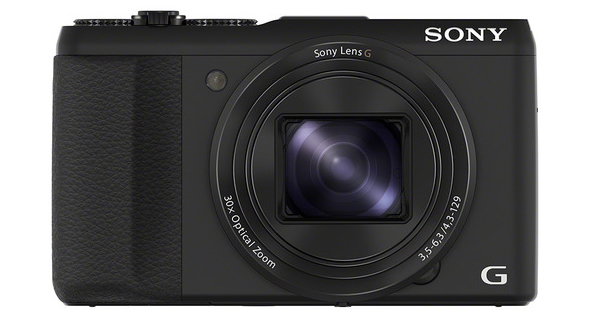 Sony’s Cyber-shot range has offered shutterbugs around the world an alternative to big chunky interchangeable lens cameras. One of the newest camera’s to join the Cyber-shot brigade is the swanky HX50, crowned as the world’s smallest 30x optical zoom camera. The camera was recently unveiled and Sony has been looking down at its peers with its latest release, leaving contemporary compact cameras far behind in the dust! This is also the lightest camera with a 30x optical zoom.


Measuring in at just 108 x 64 x 38mm, this one’s tiny enough to slip right into your pocket and comes with a 20.4-megapixel Exmor R CMOS sensor and a Bionz processor, the equivalent of a HX300 superzoom. The camera’s lens is a 24-720mm f/3.5-6.3 equivalent and also boasts Sony’s optical image stabilization technology. To top it all, this camera comes with built-in WiFi, allowing users to use a smartphone to control the camera remotely, helping click self portraits! The camera can also hook up to an internet connection via WiFi and automatically back up pictures! The camera is priced at about $530 a piece.