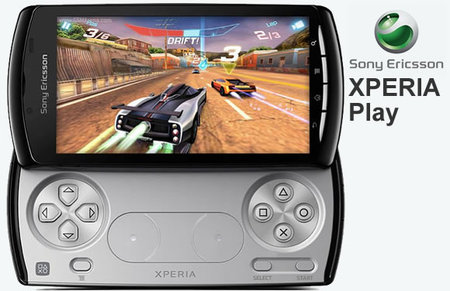 After a series of infinite leaks and rumors, Sony has finally let the cat out the bag. It has officially announced its hyped gaming phone, Xperia Play that is the first Playstation certified smartphone running on Android 2.3 Gingerbread. Needless to say this phone will also be able to access PlayStation content from the PlayStation Suite, which is Sony’s fresh new initiative to bring the PlayStation goodness to an array of mobile devices. The list of headline specs here includes a 4-inch capacitive multi-touch display with support for FWVGA 480×854 pixel resolution, 1GHz Qualcomm Snapdragon processor with Adreno 205 GPU, 5.1-megapixel camera with autofocus, Wi-Fi, Bluetooth, Accelerometer, Proximity Sensor and Digital Compass. The phone’s display here slides to show the action buttons, Directional Pad, Touch Pad, selection buttons and also two shoulder buttons. Also the presence of Android 2.3 tells us that you’ll be able to turn the device into a mobile hotspot for connecting up to as much as 5 Wi-Fi devices. It will be available in color options of white and black in select markets from the next month.
[PCWorld]