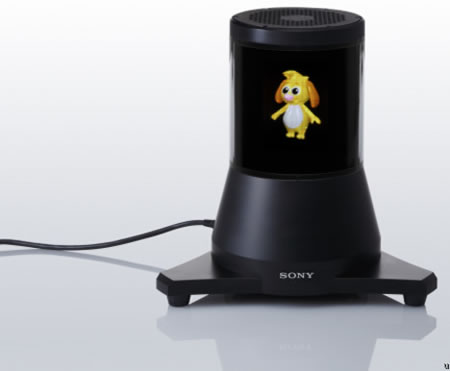 3D seems to be the buzzword this year. Taking it up a notch is Sony who is stated to showcase a hologram projector at Digital Content expo in Tokyo next year. The holographic display will allow you to move around and see the side or back of the object. The prototype will throw a 3D image of a resolution of 96 × 128 pixels which will be generated by an LED projection system in 24bits. Sony is tight lipped on the technical details for now.
[Ubergizmo]