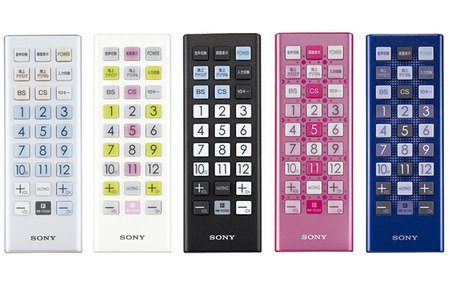 Sony Japan has introduced simple universal remote controls with big buttons to perform the basic functions. To be made available in a variety of colors the remote controls will be waterproof and would be compatible with majority of TV manufacturers. The units go on sale in Japan from September 10 for 2468 Yen ($ 29).
[Sony Japan]