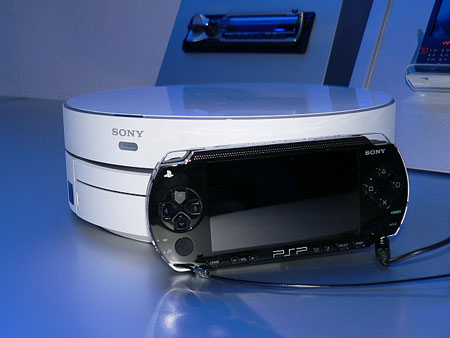 When it comes to coolness the Mac’s only counterpart is the Vaio and at the CES Sony has unveiled the Vaio VGX-TP1 Media center PC. The roundish PC is powered by an Intel T5600 Core 2 Duo processor at 1.83 Ghz running on Intel 845 GM chipset (Viiv technology). It has 2 Gigs of DDR-RAM, 300 GB hard drive and a Intel GMA 950 chipset for handling the graphics. The unit comes with a matching wireless keyboard which is surprisingly not Bluetooth and also included is a remote control. The I/O port panel is concealed by a magnetic cover open it and a host of connections like HDMI, RGB, Ethernet, AV input, USB etc are unveiled. It does not have Wi-Fi built in but you get an attractive Wi-Fi antenna supporting IEEE 802.11b/g. The Vaio TP1 has a built in analog TV tuner allowing you to record your favourite shows and later burn them using the Super drive, maybe Sony will add a Blu-Ray burner later. The system runs on Windows Vista Home Premium edition.
(More pics after the jump)

The Sony Vaio TP1 Media Center PC goes on sale in the US by March with a price tag of $ 1600.
Via – PCLaunches 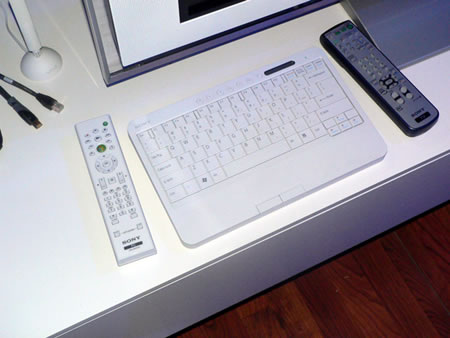 Keybaord with built in trackpad along with the remote control.

From left to right Ethernet, HDMI and AC adapter 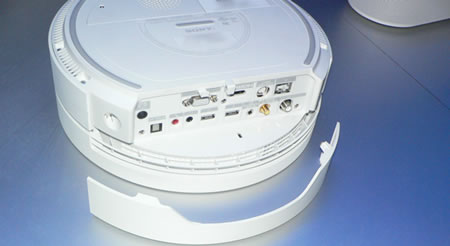 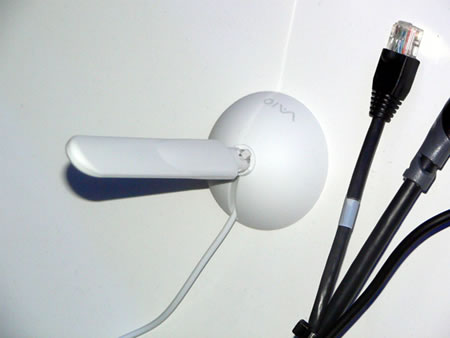 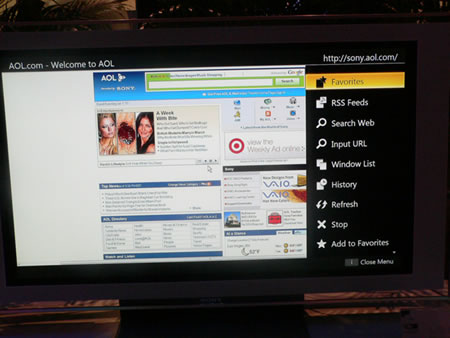