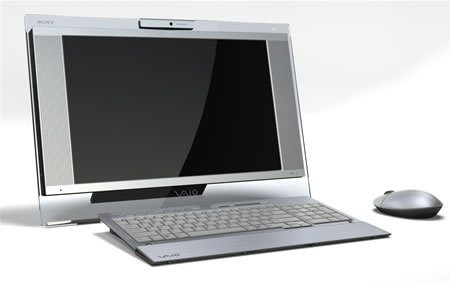 Sony Europe has announced the Vaio LA-Series an all in one Media center which converges the PC and TV. The slim and sleek unit has all the components tucked away neatly behind the LCD which will remind you of the iMac. The specially developed motherboard allows for the ultra-slim profile yet remains highly functional and for a change you have a PC without the nasty cable hanging behind it. The 19 inch (1680 x 1050) screen is framed with a transparent border giving it a floating effect. The unit is powered by the latest Intel Core 2 Duo processor with 1 GB of RAM and runs on Windows XP Media Center edition. Other specs include hybrid tuner which delivers both analogue and digital terrestrial (DVB-T) channels, 300GB hard drive, Wi-Fi, Integrated Motion-Eye webcam and Remote Control.

The wireless keyboard and mouse come with a classy brushed aluminium finish. 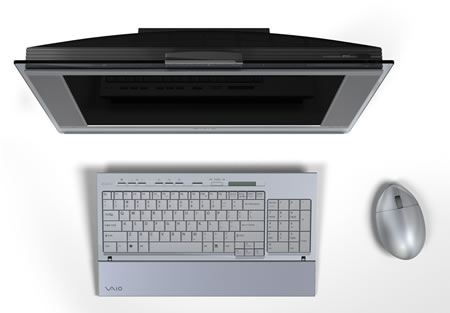