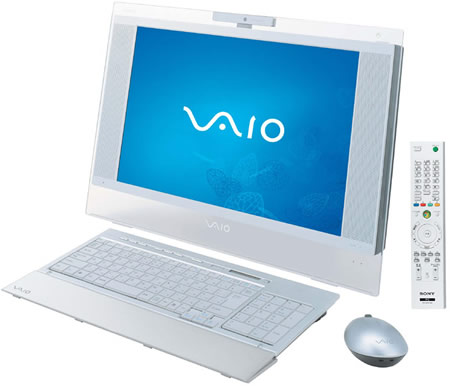 Sony Japan has announced the VGC-LA73DB an addition to its L series of multimedia computers. It is powered by an Intel Core 2 Duo processor at 2.16 Ghz, 1 GB of RAM. and nVidia Geforce Go 7600 GPU which takes care of the graphics Other features include a 320GB hard drive, digital TV tuner card and a 19 inch TFT LCD supporting a resolution of 1,680×1,050. The system runs on Windows Vista Home Premium and supports TV recording upto 34.5 hours of programming. The VGC-LA73DB has a Blu-Ray burner and comes with a fully functional remote control and wireless keyboard / mouse.