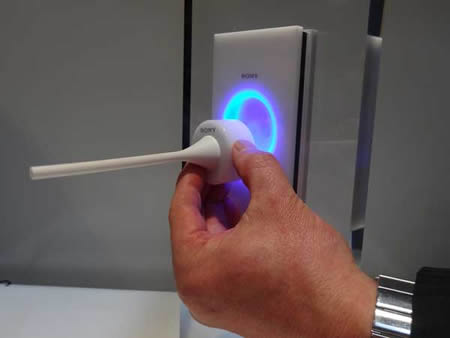 Here is something interesting from the troubled Japanese electronics manufacturer. Electric power sockets and plugs which can control the power usage based on the user, device or source.
The company showed several demonstrations of its technology Tuesday in Tokyo, including “smart sockets” that only dish out electricity to approved users or devices, and a home power grid that constantly tracks electricity use by time and appliance. Sony has no firm date for when the technology will be released, but hopes to cooperate with appliance makers, power companies, and large infrastructure developers in rolling it out. The company said the concept could also be applied to public outlets, for instance those available at airports or for charging electric vehicles. Consumers could “log in” by tapping personal touch cards to the outlets, then be charged by the amount of electricity they use, similar to the way gas stations operate.