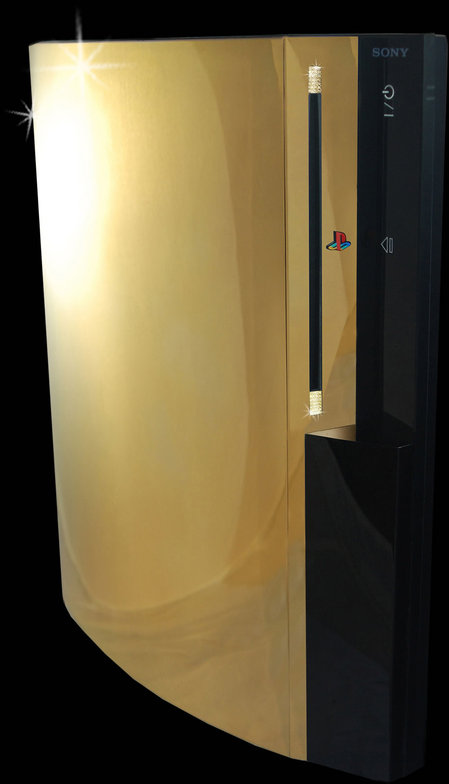 You can call him King Midas or Santa Clause, but Stuart Hughes is on a blinging spree with one more addition to his list of products that fall in the category of Most Expensive. After wooing Wii buffs with the diamond-studded gold Nintendo Wii Supreme which is tagged as the world’s most expensive gaming console, he is out to lure PS3 gamers with the most expensive PS3 in the world. Carved out of 1,600 grams of solid 22ct gold, the Sony PS3 Supreme dazzles with a diamond-studded disc loading slot. 58 of 0.50 ct Flawless diamonds total up to 26ct. To maintain its exclusivity, only three such gilded consoles will be offered for a price of £199,995 (about $320,000).
Via – [Luxurylaunches]