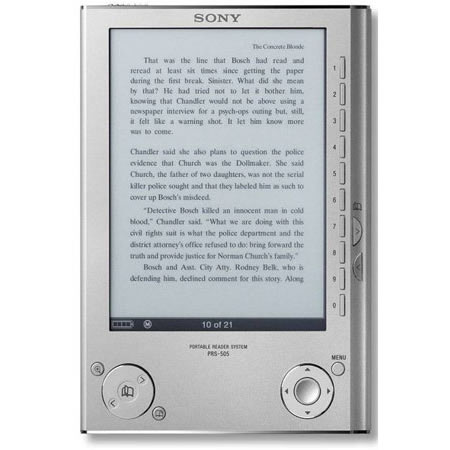 The latest offering from Sony is apparently a new eBook reader called the PRS-505. Rumors suggest that it will be launched on the website of Chicago Abt Electronics. This upgraded version is most likely to come in either silver or blue colors. It will feature a refurbished layout, twice the internal memory plus the display may get a makeover.

Unfortunately little else is known about the changes in Sony PRS-505 eBook but hopefully the $299 price tag will remain constant.
Source