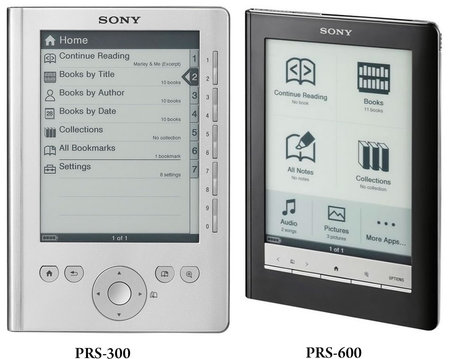 Sony has immediately updated on the rumors on its readers by officially stating its line of e-book readers with the new PRS-300 pocket edition and PRS-600 Touch Edition. Both these are relatively cheaper in price than the previous PRS-505. Both has only 512 MB of internal memory but will take not only memory sticks but also SD cards for that extra storage space you have always been looking for. They also come with new native Mac client for loading books over USB in addition to the existing Windows version. The Sony PRS-300 will set you aside by $199 while the PRS-600 is for $299 and will be available for shipping later this month.
[Electronista]