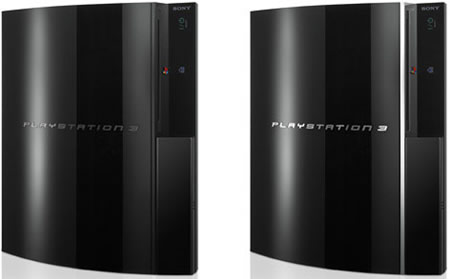 With the Playstation 3 launch just around the corner, Sony has released further information about the next gen console. The PS3 is a power hug and consumes around 380 watts of power more than double the Xbox 360’s 160 watts and eight times the PS2’s nimble 45 watts. So spending an average of 4 hours a day on the machine will add approx $ 80 to your yearly power bill. Coming to the files supported included in the list are MPEG-2 (PS and TS), MPEG-1, H.264 / MPEG-4 AVC / SP video formats and MP3, ATRAC (but of course), AAC, WAV audio formats. Also supported are various image formats like JPEG, BMP, TIFF, GIF and PNG. The optical drive in addition to BD-ROM games can read BD video, BD-R/RE, DVD±R/RW (VR-Modes also supported), Music CD’s, SACD along with support for AVCHD media.

Just to refresh your memory the Sony PS3 goes on sale in Japan on November 11th and USA on November 17th. Whereas it will be launched in Europe and remaining markets by March 2007.
Via – SCEI Japan