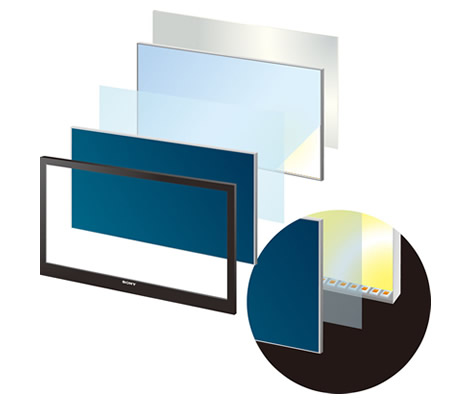 Sony has launched four new LCD TV’s that are LED backlit (edge lighting), as part of their very popular Bravia V5 range. The TV’s are obviously thinner and lighter and have been launched in three sizes – 52”, 46”, 40” and 32”. They incorporate 120Hz double speed drive technology with “motion flow” technology so we can expect a substantial decrease in image lag. To help with dark tones the new TV’s will come with a “Burabiaenjin 3” chip. This should also make images sharper and reduce noise. Other features include Automatic image adjustment and Sony’s “Random image quality sensor” chip with a Brightness and temperature sensor to adjust settings according to ambient light.

Even power consumption has been reduced making the TV’s quite eco friendly as well. The TV’s will be launched sometime in late February and if you thought they’d be affordable, with all this tech, you’d be nuts. They start from $131,327 for the 32-inch model and go up to a whopping $328,406 for the 52-inch model.
AV Watch