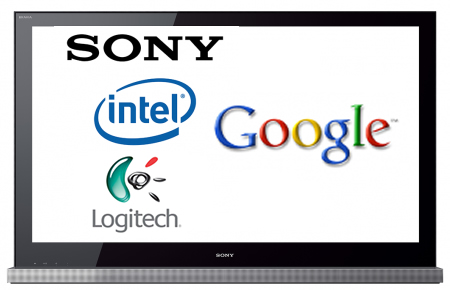 Sony, Intel add Logitech to form band of brothers in bringing us a Google TV set up

More on the Google TV front has a little more on the Sony an Intel tie up. According to WSJ and Bloomberg, the two companies are apparently taking the next steps in development towards a new TV or TV technology to integrate all the components of these three large companies into one consolidated device. Sony is of course, in all likely-hood, going to be providing the TV part while Intel will contribute a custom Atom processor that you would normally find in notebooks these days and Google will obviously be the guys throwing in the OS and other less hardware oriented tools to get this thing off the ground. The Android tech that’s supposed to be used in this system has been codenamed Dragonpoint. Hey, that’s not the name of a sweet! We could be seeing the future if TV’s, from 3D to web TV complete with apps, browsing, streaming video etc. It’s also possible that Logitech just might be on board as well to contribute a keyboard or mouse to enable better interactivity with your TV. Google’s Google I/O conference on May 19/20th just might shine a lot of light on this buzz, and I for one am really looking forward to it.
Sony Insider