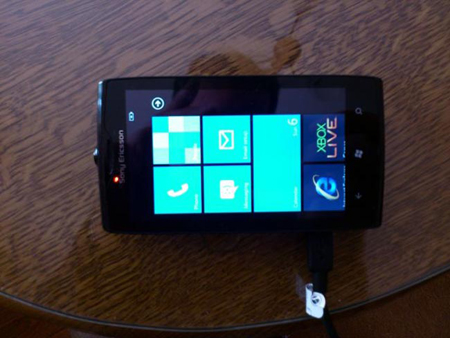 Sony Ericsson Windows Phone has a prototype on eBay

What really keeps confusing me is why the refer to it as Sony Ericsson, still? Hasn’t that ship sailed long back? However, the news doing rounds now is that eBay hosts a prototype of a Sony Ericsson Windows Phone. This phone happens to be one that never hit the shelves. But some eager brethren managed to lay his warm, wanting hands on it and make it a reality. Among the specifications of the phone is 3G, Wi-Fi, slide-out QWERTY, an 8.1-megapixel camera, and GPS.

The Sony Ericsson Windows Phone seems to be more than a collectors item with those specs. But it may never experience the pleasures of an upgrade, ever. The price now is $305, but with 2 days left, we aren’t limiting numbers.
Geeky-gadgets