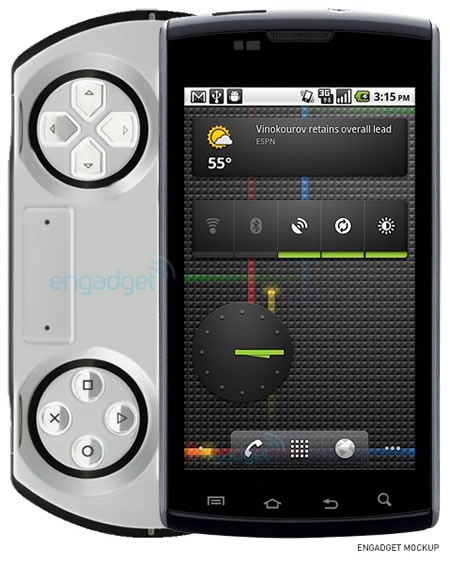 Sony Ericsson has barely ventured into the Android sphere but they aren’t really sitting ducks in the wild race to produce the ultimate Android phone. From the looks of what we have here we may well be seeing an Android 3.0 phone from Sony Ericsson that will be designed with the PSP Go layout in mind. So instead of a QWERTY keyboard we will see a gaming console slide out of the phone. The display is pretty big and may hover around the 4 inch mark.

So you can imagine seeing some bloke play God of War, Call of Duty: Modern Warfare, and LittleBigPlanet on his Android phone! The future’s quite bright for SE, especially after the XPERIA phase.
[Engadget]