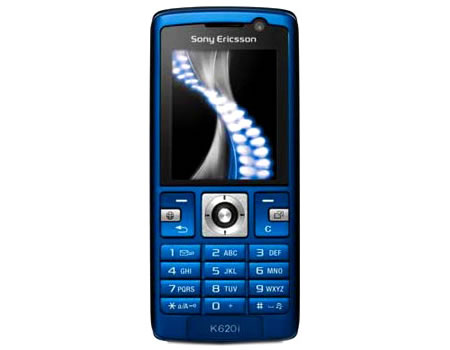 Pics of the upcoming Sony Ericsson K620i have surfaced on the net, it is a successor to the K610i. Slim is in and Sony Ericsson does not want be left out the K620i will be just 17mm thick and pack in a 3.2 Megapixel camera with video recording and 100 MB of internal memory. It has a 1.9 inch 176 x 220 pixel screen supporting 262k colors. Other features are standard like Bluetooth, USB 2.0, Media player etc. The K620i has a Memory Stick M2 slot supporting upto 1 GB.

The Sony Ericsson K620i is not yet officially announced so pricing and availability is not known.
Source