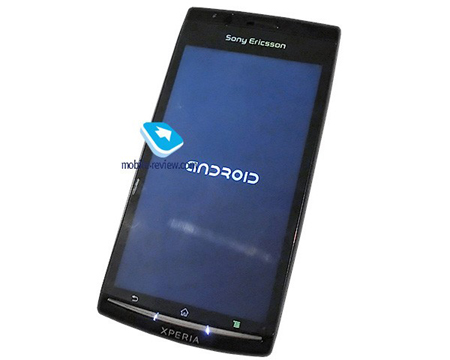 Sony Ericsson 4.3-inch Anzu may be the XPERIA X12

Sony Ericsson’s Anzu may well be making some heads turn with the cool design but hey, reliable word says that it will sport Android 2.2. What’s more is that the Gingerbread update that everyone was looking forward to will only come in later as an update. It does pack a 4.3 inch display that happens to be, well, just a LCD screen. No frills in that department besides the 854×480 pixels display. Besides this, it will also incorporate a 12 megapixel camera (very Xperia), 720p HD video recording and happens to be lighter and thinner than the X10.

The preview tests were conducted by Russian reviewer Eldar Murtazin. He stated that the company will most probably layer its own customizations on the phone which may affect the build quality.
Engadget