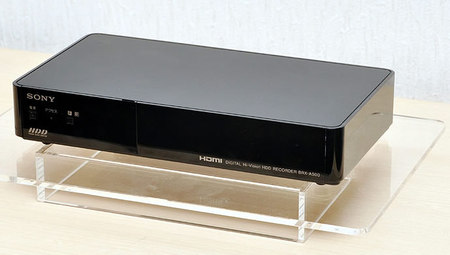 Sony Japan has announced the BRX-A500 a 500 GB DVR. It has a built in digital tuner, HDMI output and can be installed on the rear of specific Bravia LCD TV’s. It has four recording modes and can record upto 141 hours of programming in DRL mode. The unit measures 255×148×52mm and weighs 1.5 kgs. Pricing and release information is not available but dont expect this one to slip out of Japan.
[Sony Japan]