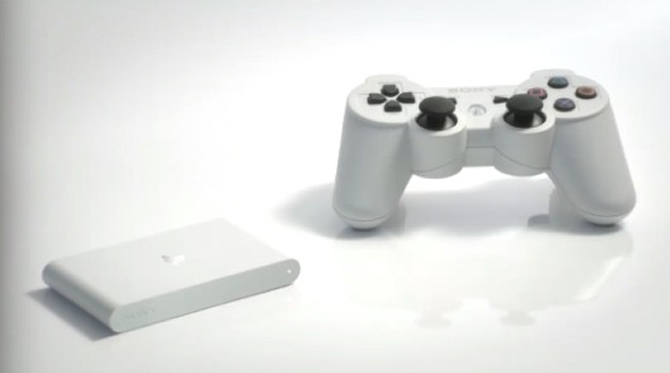 Just before the press conference at 2013 Tokyo Game Show, Sony revealed details on quite a few of its new launches, but the most interesting announcement of all is a tiny console named PS Vita TV. Measuring 6×10 cm, the console doubles up as a set top box and is based on PS Vita hardware. The mini console is compatible with DualShock 3 controller and has slots for both PS Vita games and memory cards. It’ll support 1,300 games, including Vita, PSP, and other PlayStation offerings, but the word is it won’t support all Vita games.


The PS Vita TV also supports video services such as Hulu, Tsutaya TV and Nico Nico Douga which are available only in Japan. It also includes PS Vita apps like the LiveTweet and ebook Reader software. That’s not all, it can be used as an extension for PlayStation 4 allowing the gamer to play on a different TV if the one connected to the PS4 is occupied. Sounds pretty cool! It’s priced similar to Apple TV at 9,480 Yen ($95 approx) for the console and 14,280 Yen ($143 approx) when bundled with DualShock 3 controller and 8GB memory card. The TV and video services are Japan-specific, but if it gets proper for west it might sell like a hot cake at that price!