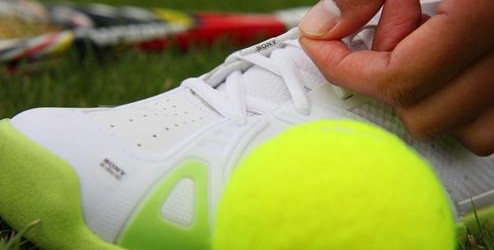 Sony has recently come up with a fantastic way to show off the capabilities of its swanky new line of extremely high definition televisions, with a one-of-a-kind advertising effort unlike any we’ve come across before. The advertising campaign will mark the kick-off of the Wimbledon 2013 and will showcase the brilliance of the Sony 55X9 and 65X9 BRAVIA. In the ads, Sony has cleverly placed tiny adverts on British tennis star Anne Keothavong. These will be visible clearly to those watching the games on Sony’s flagship TVs.


Called microtising, the effort required the use of Sony’s F55 35mm 4K and an NEX-FS700 camera that will capture part of this year’s Wimbledon. The result will be an ultra-clear and high-definition experience that is literally four times greater resolution than that of standard HD! Watch out for Sony’s micro-advertisements on Anne Keothavong’s nails, shoes and other such other-wise unnoticed spots, no pun intended. This is indeed a fantastic way to show-off just what these TVs are capable of in real-time, without having to resort to graphically enhanced television advertisements.