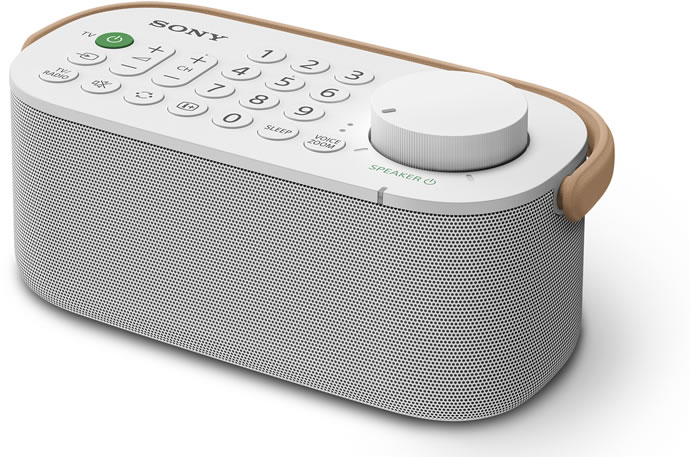 Sony today announced the launch of a wireless handy TV speaker, the SRS-LSR200. Sony SRS-LSR200 comes with an integrated remote to control the TV from a distance and features a big volume dial and easy-to-read buttons and is drip-proof. The transmitter and speaker units are connected by 2.4 GHz wireless transmission one-to-one, for a low latency connection with high resistance to interference. User can hear sound from the TV and the speaker simultaneously for a natural listening experience. This speaker is must for users with hearing problems. 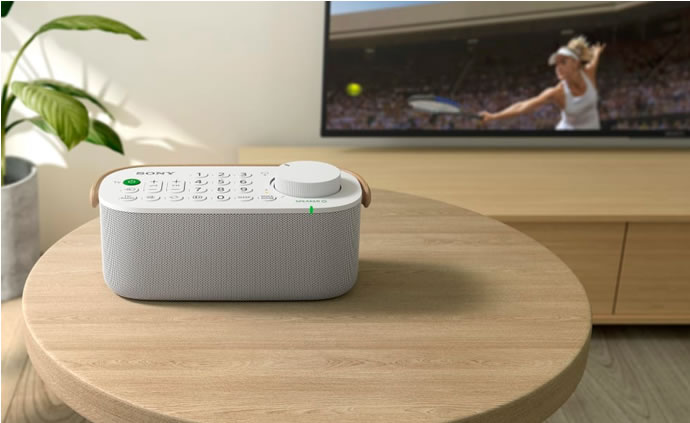 With Sony SRS-LSR200 you can take the sound of the TV with you to virtually anywhere in the house. The three integrated speakers delivers clear, crisp and natural sound and innovative Voice Zoom technology makes dialogue clearer and easier to hear.  User will not miss a moment with the Sony wireless handy TV speaker – SRS-LSR200. The wireless speaker takes the sound from the TV and plays it back to you in crystal clear clarity, so whether the TV is difficult to hear, or you want to enjoy watching TV with your family or friends without needing to turn the TV volume up to a high level, the SRS-LSR200 will help you hear better the action and dialogue on screen. 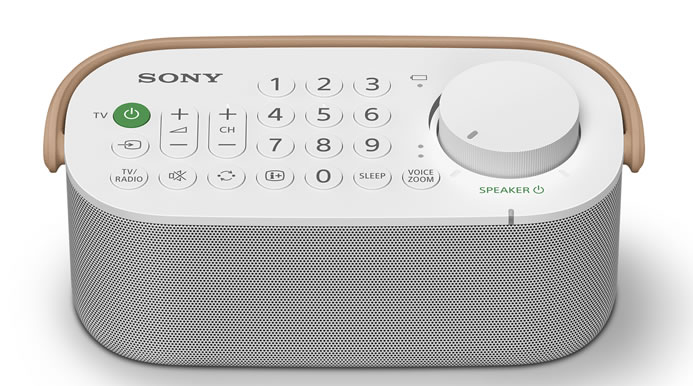 The new handy speaker from Sony is sturdy and portable. It has a convenient handle to carry it around the house so that you can enjoy crystal-clear sound in your place of choice. For extra comfort, it has an integrated remote control, allowing easy changing of channels and inputs, and works with major TV brands (Sony, Hitachi, LG, Loewe, Panasonic, Philips, Samsung, Sharp, and Toshiba). While watching your favorite TV show while cooking is no problem as Sony SRS-LSR200 speaker is drip-proof. No need to worry about damaging the speaker.

SRS-LSR200 has a dedicated centre voice speaker positioned between the left and right stereo speakers. It mainly outputs the sound frequencies of the voice and suppresses the influence from the left and right speakers which minimizes distortion and allows the reproduction of a crisp and clear voice. The Voice Zoom function detects the components of the human voice and makes it stand out. In addition to the normal stereo playback mode, it offers Voice Zoom 1, which brings voice to the front, and Voice Zoom 2, which emphasizes high frequencies. You can switch between the modes easily using a designated button. Passive radiators, realistically reproduce the lower register of the voice, mounted on the left and right sides of the device. 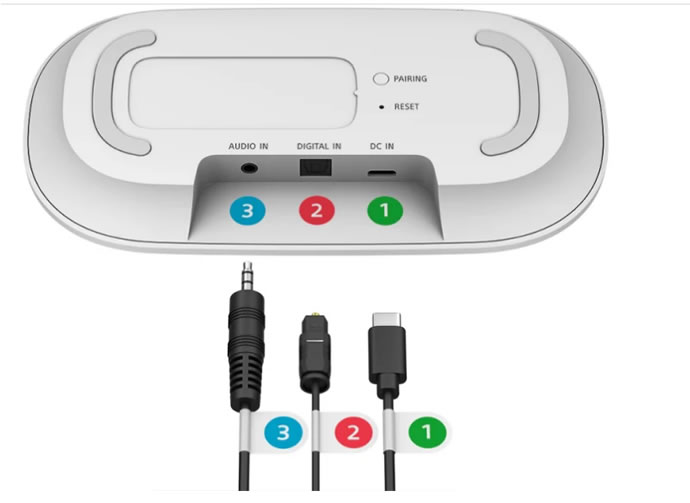 By outputting the lower register of the voice from the left and right speakers and passive radiators, the voice sounds naturally and realistically with Sony SRS-LSR200.The speaker can be charged simply by placing it on the charging dock. A 3-hour charge allows a continuous use of the speaker for about 13 hours. Both the charging dock and the connecting cables are labelled with colour-coded numbers making the set-up truly effortless even if you’re not great with electronic equipment. Sony’s wireless handy TV speaker SRS-LSR200 will go on sale in the K and Ireland from July priced at £159 and €189.