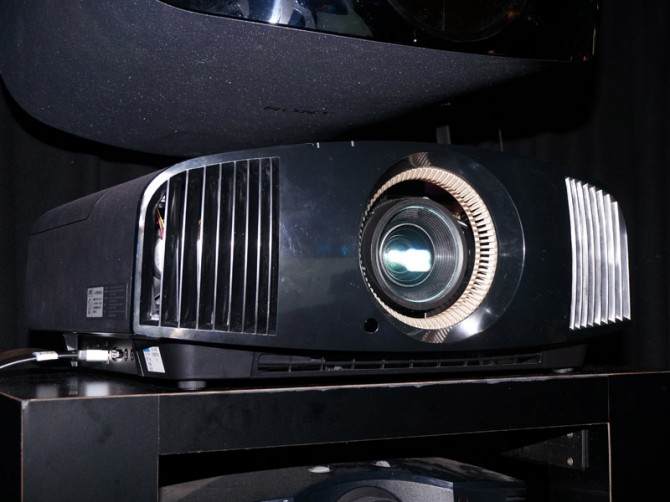 Late September was when Sony announced a series ofprojectors designed with 4K content in mind and today one more has been added to that list. The SXRD native 4K projector model no. VPL-VW500ES has made its debut. It’s not all too dissimilar from the previously announced models in terms of features with a few extras like it handles 4096 x 2160 4K resolution with no artificial enhancement of pixels for one. The 500ES also achieves high brightness of 1,700 ANSI lumens with a 200,000:1 dynamic contrast ratio. This projector also uses Sony’s Triluminous Display technology that can produce a much broader color range that should result in better depth and realism.


Other features like Motionflow, Film Projection and Motion Enhancer also serve to better the overall video experience of HD (and higher) content. The 500Es also boasts of a built-in RF transmitter that synchronizes with any pair of RF 3D glasses. All the goodies to be found in the previous editions announced including Sony’s Reality Creation engine, a front facing fan, home automation system support and also support for USB based updates are on board. Picture Position Memory will remember the position of the zoom lens and can be matched to a movie’s specific aspect ratio. Support for Sony’s Mastered in 4K Blu-ray discs is also part of the deal. All of this will set you back a whopping $8627 (840,000 YEN). It’s expensive but when 4K becomes the new standard, it should be just what every rich persons home needs.