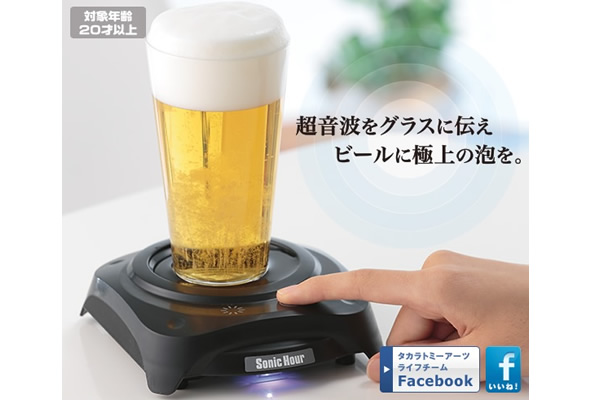 It’s about time we stop jabbering, peering, retching and snoring while the beer’s bubbling hopefully on the table set before us. It’s sacrilege to invest time in such trivial activities when the Lord of Beverages waits and finally goes flat. The froth is what sets a real chug of beer apart from mundane yellow liquid, bubbling idly away. So, it’s time we take stalk of what’s important and ensure that the hallowed liquid before us is bubblesome and frothy. Thankfully, the Sonic Hour by Takara Tomy is just it. Basically, it comprises of a simple plastic base on which you place a flat glass of beer. A few button presses can do the trick and the flat beer can soon be frothing away to glory.


The Sonic Hour is named strangely though. It is a technology in drinking that should have taken wings a few years ago. We do give Takara Tomy the right dues deserved and would not mind getting a $40 froth-maker for the office.