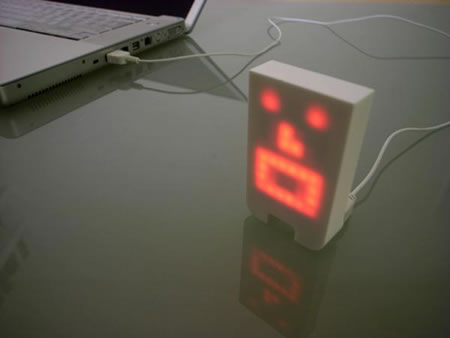 Solid Alliance Japan has announced the Tengu a USB virtual pet developed by an artist named ‘Crispin Jones’ in England. The size of a cigarette pack once connected to the host the LED face comes up on the unit. The face reacts by changing its expressions in real time by reacting to sound. It will react differently to rock music and jazz, after a prolonged silence Tengu will go to sleep gently blow air on its microphone and it will jump to life. Tengu will go on sale in Japan by end of August for 4480 Yen ($ 38).
(Video after the jump)