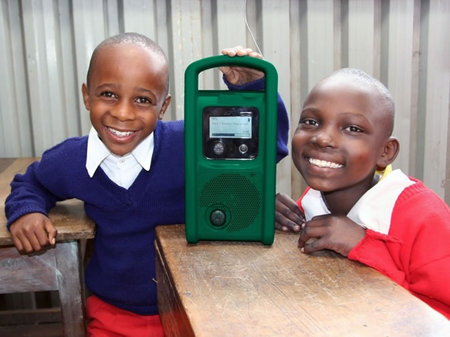 Electricity can be a luxury in developing nations dotted across the globe. In an effort to bring music to the lands of darkness, we just came across a remarkable mp3 player that requires no electricity whatsoever to function! Called the LifePlayer, this one sure isn’t the sleek and sexy PMP we’re all too keen on using, though it does have more pros than ever. Using solar energy to power up, this five-band radio and mp3 player combined works great for entertainment and information purposes. It also powers on with a hand crank. Complete with 64GB of storage space, this one can also charge up cell phones!

Well thought off, though could be executed better, the LifePlayer could help better the lifestyles of those who’re used to living without electricity.
[Wired]