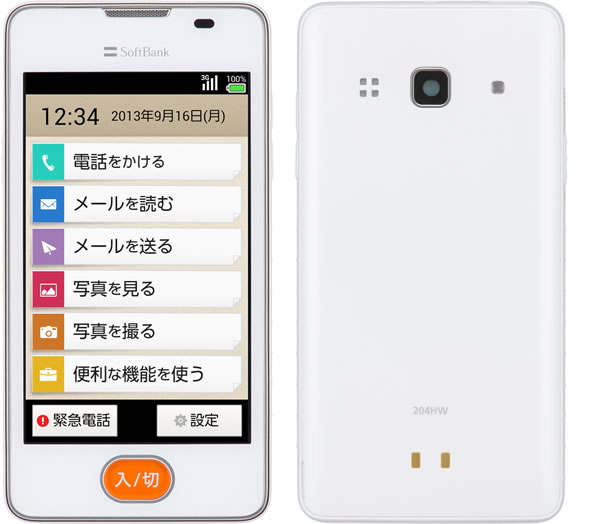 Softbank 204HW – An Android phone just for the elderly

In a race to come up with the best and most feature packed smartphones, mobile phone manufacturers have almost stopped making basic utilitarian phones. There is a serious dearth of simple to use mobile phones forcing elderly to buy complicated smartphones and struggle getting use to it. Japan’s Softbank Mobile, paying heed to this situation, has announced a new smartphone named ‘relief family mobile 204HW’ which will be exclusive to senior citizens. The smartphone is based on a Huawei 3G device with limited functionality and easy to use user interface.


The smartphone equipped with a 4 Inch touchscreen display has a tweaked version of Android OS which will not have the option to download applications to limit its functionality. The menu has written description to make it intuitive and easy to use. It will also feature an emergency buzzer that’ll alert family members during medical emergencies. It has a 5 MP camera on the back, 512 MB of RAM, 4 GB of internal storage extendable by MicroSD card and WiFi. It weighs 150g and will be available in two colors black and white. The smartphone will be available in Japan from September onwards and will come with 2 years contract with different monthly plans.