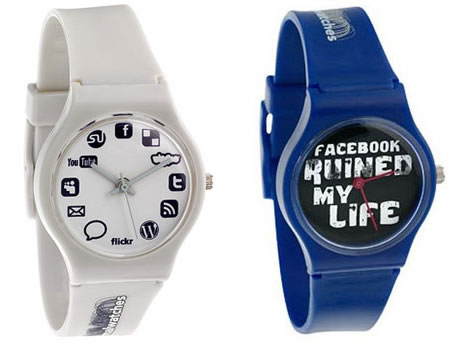 If you managed to sum up twelve of the most popular social networking sites around and get their permission to put up their logos on something, what would you think of? Yeah, a watch, you’re darn right. That’s what these blokes thought of. Though am sure that it would pay off if this watch didn’t come at a time when there was exactly the opposite needed. We are in an age when people have been through rather dirty situations because of social networking applications. This watch is going to soak them into this peril, thousands of leagues under the sea of social networks. Help them somebody, don’t destroy them.

The Social Networking Watch manages to get the message across though I feel the approach and idea still seems a bit crude. It should have had something better to facilitate social networking or still better, block social networks should you over use it. How about this for an idea? It costs about $18.
[Gearfuse]