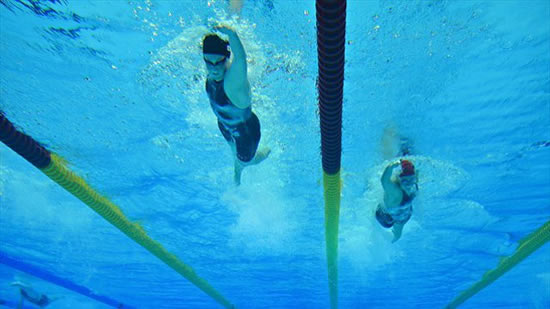 Social Olympics: Underwater camera that tweets snapshots of the action in the pool

While London has geared up to the frenzy of the 2012 Olympics and journalists and photographers from across the globe are busy covering all the action, Olympic organizers have ensured that the sporting extravaganza offers an exclusive perspective from a whole new angle for those on Twitter. Many have dubbed the current Olympics as the first that has embraced social media to the fullest and the underwater camera in the pool is joining in on the fun by tweeting pictures of athletes in action from within the pool.


The L2012 Pool Camera that brings us the images of the likes of Phelps, Lochte and Le Clos making those wonderful underwater turns is also is tweeting these images and if you are one of those social networking addicts who is hooked on to Twitter then you can view them on #Swimming at #London2012. As it races at the bottom of the pool matching the world’s best stroke for stroke, this camera captures the athletes in action from a perspective that is obviously unavailable for any other shutterbug.

And that is not all as the L2012 Stadium Cam will bring in coming days, exclusive images of the athletes competing in track and field events as well. Keep an eye out for Usain Bolt blitzing away…