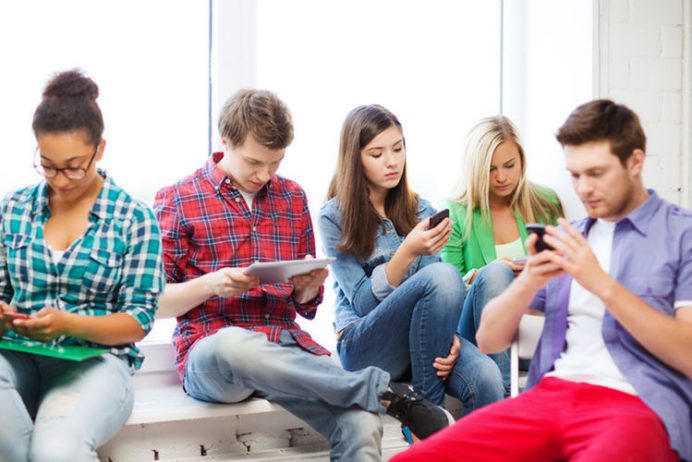 How social media addiction is becoming a growing problem

Social networking has emerged as a typical part of our everyday lives. However, for some people, the ability to consistently update and check statuses has led to the development of a new and dangerous psychological problem.

While some members of the community continue to use social media platforms to build their online reputation, create worldwide connections, and stay in touch with friends or family, others have begun to suffer from social media addiction.

Many people check and interact on social sites regularly throughout the day, and some have no idea how much time they actually spend on social media. But how do you know whether your fondness of Facebook is a sign of an addiction? Here, we’re going to define social media addiction, and help you to better understand why this condition is such as a significant concern.

Addiction is generally a term that’s used to refer to compulsive behavior that can cause negative results. In most addictions, the people who are affected with this behavioral problem will be compelled to engage in specific activities to the extent that they become harmful habits, interfering with school and work.

In the world of social media, addiction can be seen when someone has a compulsion to check their Facebook status, or read updates for hours on end, struggling to concentrate on anything else. Unfortunately, in an age of growing digital dependence, it can be difficult to tell the difference between enjoying social media and cultivating a dangerous habit.

Additionally, at Harvard University, researchers used MRI machines to scan the brains of people using social media. These tests found that self-disclosure through social media stimulates the pleasure centers in the brain in a manner similar to sex and food.

What are the dangers?

One of the biggest issues related to social media addiction is a lack of concentration and withdrawal that can lead to a long-term detrimental impact on the user’s life. For instance, if a teenager is unable to focus on their studies due to social media addiction, then their grades could fall, leading to low self-esteem and fewer opportunities later in life.

Similarly, addiction to social media for an adult could cause distraction from work that could cause job losses and redundancy. Additionally, some clinicians have observed that patients experience symptoms of depression, anxiety, and other psychological disorders such as withdrawal when people are addicted to social media.

Some affected people have panic attacks when asked not to update their status constantly. In fact, the issue of social media addiction has grown so bad that new health centers are emerging to offer treatments for those in need. For instance, Newport Academy offers treatment solutions for teenagers with social media dependence. These treatments are becoming increasingly popular among young adults and teens, but social media addiction can impact a range of people.

Why are we addicted to social media?

Social media started off as a fun way for people to stay in touch with people online, and learn more about what their friends and family were doing each day. However, it has now become a serious and life-changing addiction for some people.

To a certain degree, some researchers believe that social media addiction may be a byproduct of other psychological issues such as depression, low self-esteem, and anxiety. This is because social networking can help people to feel more connected to others.

Alternatively, some experts in the field believe that social media addiction, and the excessive use of these channels, is the latest form of “Internet Addiction Disorder.” This concept began appearing in the 1990s when internet use started to spread, and experts theorized that heavy use of the internet could impair performance at work and school, and lead to relationship problems.

More than 20 years later, there’s still an ongoing argument in the field of psychological science about whether the internet is beneficial or harmful to our emotional and mental states. If you believe that you might be suffering from social media addiction, then you should seek out the help of a mental health professional as quickly as possible.