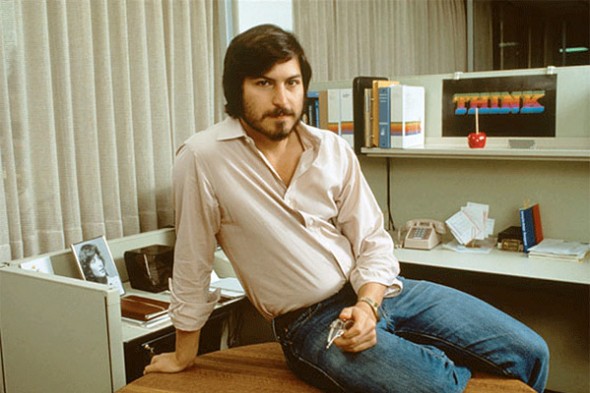 So here’s how Ashton Kutcher looks, while impersonating Steve Jobs

We all know that chocolate boy, Ashton Kutcher, will be playing Steve Jobs in the latter’s biopic. Premiering at the 2013 Sundance Film Festival, this January. Joshua Michael Stern is the directorial mastermind behind the biopic, which will outline the highlights in the tech genius’ life. What’s more is that the shot is made to resemble the Mr. ‘jOBS’ of the 70s. It will offer insights into 30 years of the maestro’s illustrious life.


The cast also includes Dermot Mulroney, Josh Gad, Lukas Haas, J.K. Simmons and Matthew Modine. The film will premier in the later half of the festival, beginning on January 17th.