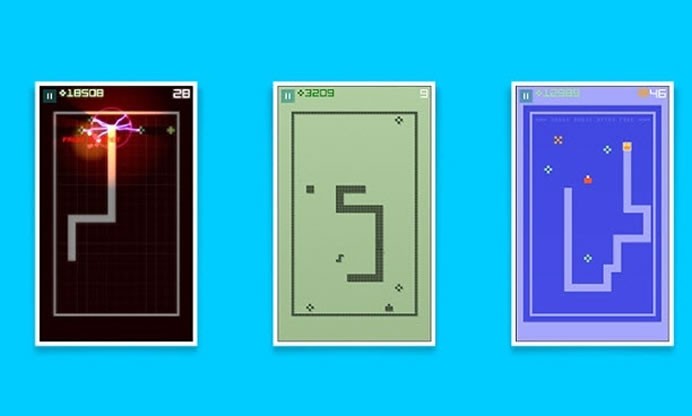 Taneli Armanto, the makers of the wonderful Snake game way back in 1997 will release an all new version of the game for modern operating systems. Called Snake Rewind, the game will aim to take on current day top rankers including Candy Crush Saga and Angry Birds. This legendary game was the digital haunt of the early Nokia era where it arrived for the first time on the Nokia 6110. The Finnish developer, Armanto, was the actual creator of the game, contrary to the legend that it was an original Nokia product.The Snake Rewind game will be released for iOS, Android and Windows Phone on 14th May. The best thing about the all new rendition is that it has larger screens to play with. This means more room for your digital reptile to crawl around and grow as it eats its way through blinking dots. Back in the time when we played it on those miniature Nokia screens, the experience was less than comfortable.