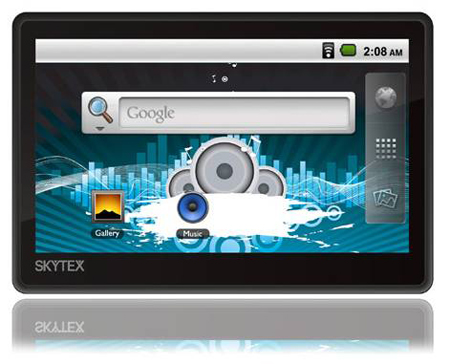 A smaller version of all your Android goodies wouldn’t hurt, even if it had lesser processing powers. That’s because it costs so less. The Skytex Premier Pocket can efficiently carry out some basic functions you could juice out of a device with 600MHz processing via a MIPS Xburst processor and 400MHz for graphics, 256MB RAM, 4GB storage space with microSD expansion, a display with resolution support of up to 480×272 pixels resolution, 3.5mm headphone jack, and support for pinch-to-zoom.

It’s got a world of apps, thanks to the GetJar store integration into this one. The Skytex Primer Pocket device will cost you a mere $35.
Liliputing