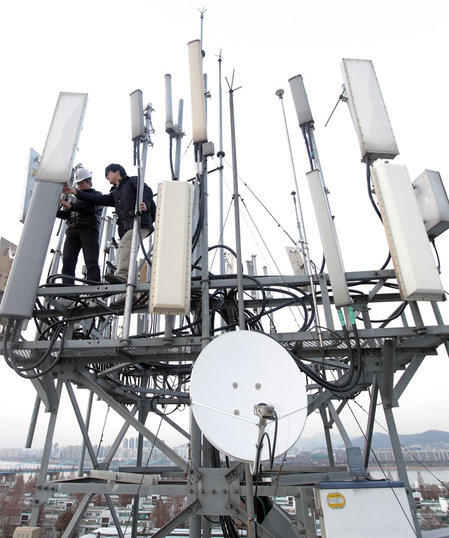 Korea’s leading telecom operator SK Telecom today announced the successful development of Heterogeneous Network Integration Solution, an innovative technology that enables simultaneous use of different types of networks including 3G, LTE and Wi-Fi to ensure up to 100 Mbps high-speed data service. The technology, first of its kind in the world, is capable of seamlessly integrating two heterogeneous networks – i.e. 3G and Wi-Fi, or LTE and Wi-Fi – to provide a data service, the speed of which is the sum of two network speeds.

Developing a technology that allows simultaneous use of two networks of different technology specification and frequency band have long been an interest of mobile carriers as they face limited radio resources. SK Telecom marks the first in the world to independently develop the core technology.
For instance, for high-quality video streaming service users, Heterogeneous Network Integration Solution will reduce video loading time by more than 50% and eliminate buffering during video streams. Moreover, customers will gain Wi-Fi access automatically upon entering a Wi-Fi zone, which removes the need for them to search for Wi-Fi availability at each and every location.
SK Telecom plans to apply this solution to enable simultaneous use of 3G and Wi-Fi networks in the second quarter of 2012 to realize a theoretical maximum speed of 60 Mbps service and begin LTE and Wi-Fi integrated service in 2013 to offer a 100 Mbps ultra-high speed wireless Internet service.
To this end, SK Telecom plans to launch the world’s first smartphone based on this solution during this year, and expects to apply the technology to all handsets to be launched in 2013, after conducting an analysis of consumer response and data distribution effect.
Furthermore, SK Telecom expects that the solution will help improve the overall 3G data communication environment for users as it resolves data traffic issues of 3G and LTE networks by increasing the use of Wi-Fi networks.
[SK Telecom]