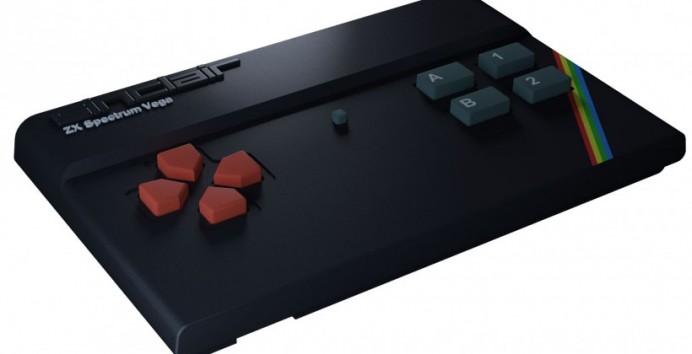 The erstwhile Sinclair Spectrum comes back with no glory lost and this time it’s dressed in the avatar of a cool gaming console. While it does maintain the much loved retro design, the new Spectrum from Retro Computers and Sir Clive Sinclair runs all the games that the original Sinclair Spectrum ran. When this was written, the prototype had already been approved and moved to the assembly line. The new avatar will go by the name of Sinclair Spectrum Vega and come with a microcontroller and custom software for television plug-and-play support. There are a thousand game (titles unannounced yet) and will go on to support up to over 14,000 titles. In stock, the device will come with buttons and a directional pad but will have an on-screen keyboard activated, whenever needed.

A thousand units of the Sinclair Spectrum Vega will be manufactured and shipped to those who have pledged at Indiegogo, while additional pledges can still be made. The second production run will create three times as many devices, retailing for £100 (about $157).