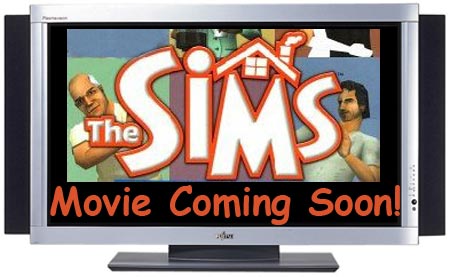 Collider rountabled with producer John Davis, who offered some insight into forthcoming projects. This is what he had to say about the movie adaptation of ‘The Sims’.
John Davis: And Tom Rothman, the Chairman of Fox said to me, “How are you going to take this incredible piece of IP and make it into a movie?” Right? Because most games aren’t movies, so this is the way I did it: The Sims, as you know, you can control your imaginary world, right? And our movie, a young man, a 16 year old kid of a 14 year old kid and his friend get their hands on this thing called the Sims Infinity Pack, right, which kind of this very strange video game store which was there just for that moment, and seemingly wasn’t all that. But what they realize is that they can scan their world in, because this is the most life like, real Sims game ever. And as they are playing this they are all of a sudden realizing is what they are playing on the game is having an effect on the real world. So in effect, through the game, they are able to control their world. It’s wish fulfillment, and obviously it turns against them.
So this is a little bit of a cousin of “Weird Science” here.
John Davis: Exactly. Exactly! And definitely there will be somebody coming out of the game into the real world, like “Weird Science” did.
A serious WTF, of all the great games out there they narrowed in on ‘The Sims’.
[Aintitcool]