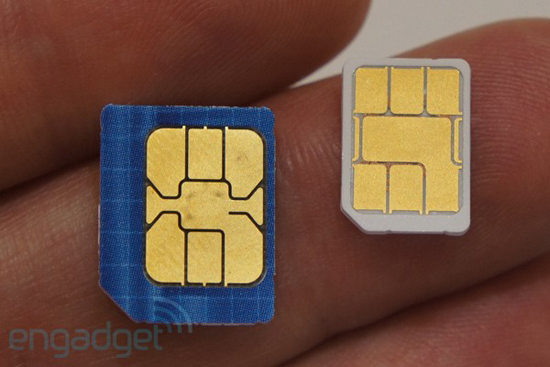 SIMs get 40% smaller thanks to new standard

SIM cards may have been one of the contributors to devices not being able to get as ridiculously small as they aim to be. That seems to be a thing of the past. A newly standardized SIM card size is set to make inroads in phone downsizing easier. The 12.3mm x 8.8mm cards are said to be 40% smaller than the usual size in use these days. It will be as thick as existing SIMs though, at 0.67mm. The new card from Osaka, Japan will surely make the folks at Apple happy since it’s much in line with their suggested size for SIM cards.