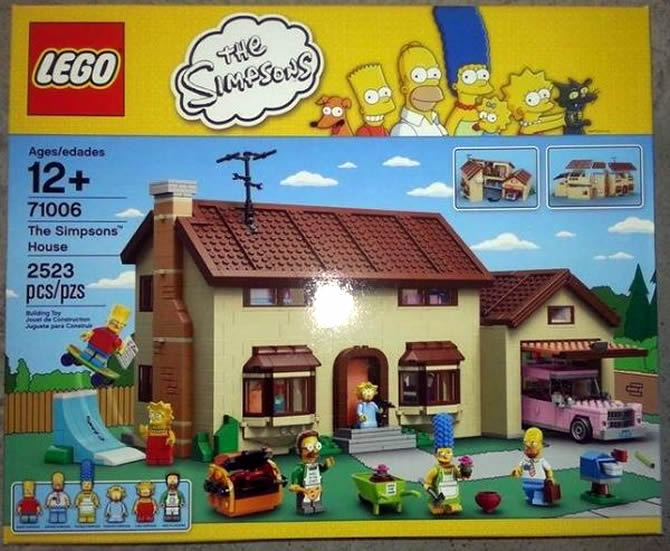 After the countless tributes we have seen the LOTR series receive, we have dreamed of creating just about every show and movie into a Lego reality. Thankfully, we have some dope on what could be the first official Simpsons Lego set! Posted by one Carlos S, the image details what could be the box of the entire kit. There is no confirmation on whether this is a finished product or if we are looking at a prototype in the works. It does feature the most significant members of the family for sure.

For Simpson-nerds, there couldn’t be a better setting. A total of 2,523 seem to be in the offering, which could well help us reconstruct Springfield in all its yellow glory. The number of pieces in the set hints at a price tag that could breach the $300 mark. Who cares! Drink beer!