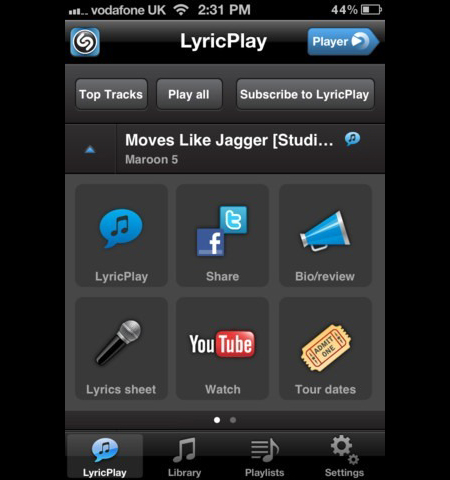 Shazam has been with us, solving mysteries of audible kind for a while now. The application’s developers have gone on to develop a media playing app called Shazam Player that aims to dethrone the reliable Apple default player. The application, besides playing music, will also integrate social media support via Facebook, Twitter, YouTube, ticket information and lyric fetching.

Music discovery suddenly seems like a very slight feature in the iOS line of devices. It’s good news for the common man who just wants a one stop shop for all his media needs.
Redmond Pie