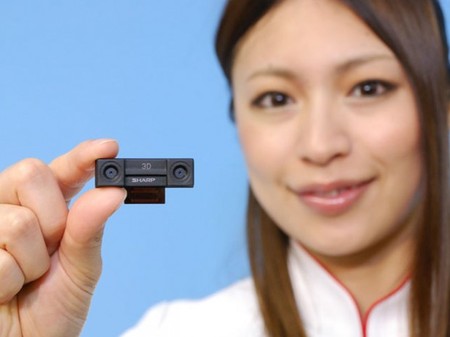 Since the 3D revolution is officially here it’s only right that it finds its way to the mobile segment as well. I’m not talking about the Nintendo 3DS or Samsung and Motorola’s 3D handsets that allow for 3D viewing, no, I’m talking about capturing video in 3D. Sharp has taken up the mantel of pioneer in this field as they’ve just presented the first ever 3D camera module. That means you’ll soon be able to direct and shoot a 3D movie with just your mobile phone or digicam or portable gaming device. With this new module you’ll be able to shot videos (HD0-720p) and images in 3D. The company plans to ship the first of these 3D modules to hardware makers as early as July. Viva la 3D!
[Crunchgear]