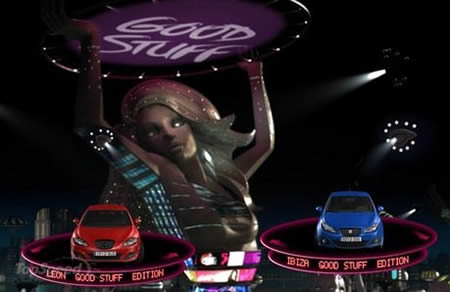 For those of you who haven’t heard of the company called ‘Seat’, it’s a Spanish car manufacture that’s owned by VW. So this branch of VW it’s not popular… yet. Their latest campaign, should change all that. The company has just tied up with superstar hip-shaker Shakira, and they’re launching special edition variants for two of their hatchback vehicles called the Ibiza and Leon. Both these cars are billed under the ‘Good Stuff’ branding that apparently gets the name from the singers latest album – She Wolf. Engine options, as well as added goodies that include, a Tom Tom sat nav system, a black iPod Nano 8GB with Seat’s logo, Bluetooth hands-free capability, a multi-functional steering wheel, sports seats, heated side mirrors, fog lamps with cornering lights, and “Kenda” alloy wheels are all avilble with these two models. I wonder if they’ll be autographed.
Topspeed