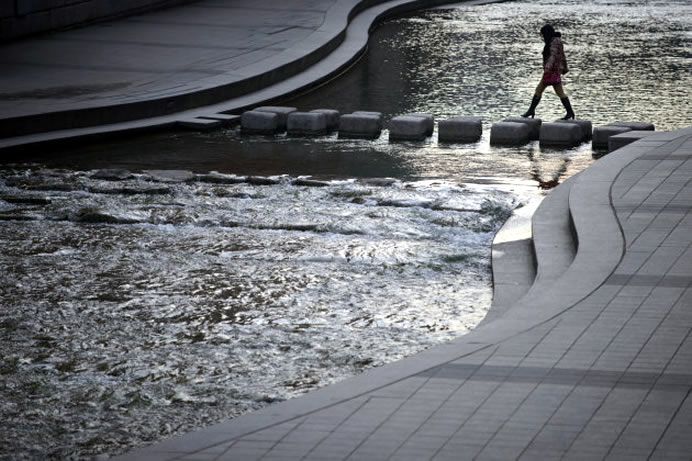 Seoulites can charge their phones outdoors with hydro power chargers

According to stats measured by “Google’s Our Mobile Planet”, South Korea had a smartphone penetration of 73% in 2013, and the numbers are supposed to increase in the coming years. It’s no wonder that people in Korea are always looking for places to charge their smartphones and Tablets.

To help the people of Korea with this issue, a company called Enomad, has come up with an innovative and unique idea of charging smartphones and Tabs by the use of hydro power stations in Cheonggyecheon, a manmade stream in the downtown area. Five booths have been set up around the stream which will use the hydropower generated by three turbines which will run by the force of stream current. A power of 15-20 watts will be generated by each turbine generator which is more than sufficient to charge a smartphone or a Tab. According to Seoul city officials, this facility will be provided on a trial basis for three months, and if it’s a success, they are planning to expand it to other spots on the 10.9 km stream in Cheonggyecheon.

Now Seoulites can relax if they have stepped outdoors with a low battery in their smartphones. They can always charge their devices while they are enjoying the view of the stream and hanging out with their friends and family.