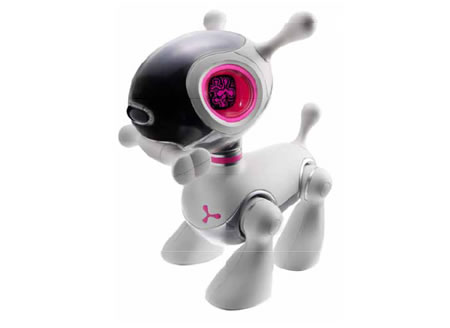 Sega Mio a robotic dog from the future

Sega Japan has announced the Mio a robotic dog. Armed with futuristic looks and touch sensors on the back, jaw and the head it responds immediately to touch. Its big LED stuffed eyes tell you if Mio is happy or sad. When hungry you have to feed it with the plastic bone, it responds to sound too. Release date and pricing of the Sega Mio is not known for now but the company hopes to sell 100,00 units by year end.

The Sega Mio is powered by 4 x AAA batteries.