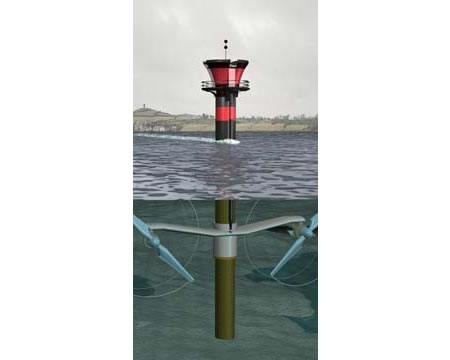 Alternate energy solutions are all that is running in the minds of most infrastructural development managers. The newly developed 1,000-tonne double turbine, which is the world’s first deep-water device to generate electricity from the tides on a commercial scale, is due to start operating within weeks in Northern Ireland. According to a report by Times Online, a seagoing crane barge has already lowered the turbine known as the “SeaGen Tidal System” at Strangford Lough in Co Down, Northern Ireland, and an operation to fix it to the seabed with 12-meter (40 ft) pins has begun. The system, made by Marine Current Turbines (MCT) and assembled at the Harland and Wolff dockyard in Belfast, has two 16m blades, which will be turned by the water streaming in and out of Strangford Lough at up to 8 knots. The system is designed to produce enough electricity to supply 1,000 homes. According to Martin Wright, managing director of MCT, “By the middle of May, we will have completed the bulk of commissioning. We will start by turning the turbines by hand. After that, we’ll try with low loads and by July we hope she’ll be fully commissioned.”

If all goes as planned then by 2011 they will be building a tidal farm off the coast of Anglesey. As work on SeaGen is being carried out, the UK government has also given approval for a prototype generator, developed by Pulse Tidal, to be tested in the Humber estuary, near Grimsby.
Source