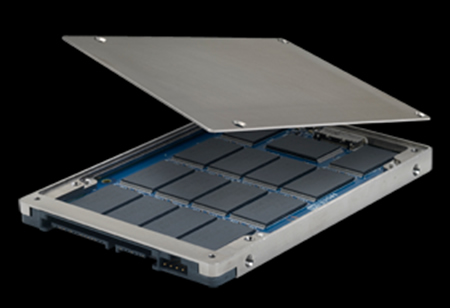 For awhile now Seagate has been one of the bigger names in the game when it came to data storage. Their latest is the announcement of their first line of 2.5-inch SSDs (solid state drive) that they’re calling Pulsar. The drives are 3GB SATA compatible and capable of providing users with read/write speeds of up to 240MB and 220MB. The company also claims the Pulsar SSDs have a lifespan of about five years and are designed to meet OEM performance, power, size and reliability requirements for enterprise blade and general server applications. The new models in first SSD product in the new Pulsar solid state drive family from Seagate are available in 50GB, 100GB and 200GB capacities. Their prices aren’t announced just yet.
[Gizmodo]