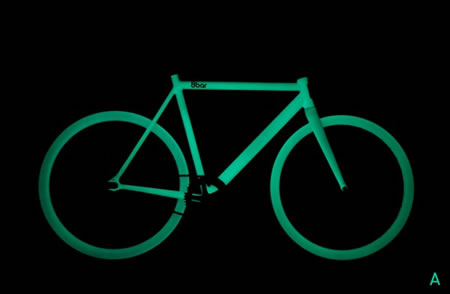 Looking for a way to wake-up that hidden prankster in you? This bicycle we stumbled across recently is bound to scare the bejeebers out of just about anyone who set their eyes on it in the dark, particularly along pitch-black lonely roads or paths across wooded parks. By 8Bar, these glow-in-the-dark bicycles could pretty much help you spark off a bunch of urban legends of a cycling ghost and first featured in a BlackBerry advertisement. 8Bar will now begin commercially manufacturing these for the public though at a pinching price of $1600 and upwards a pop!