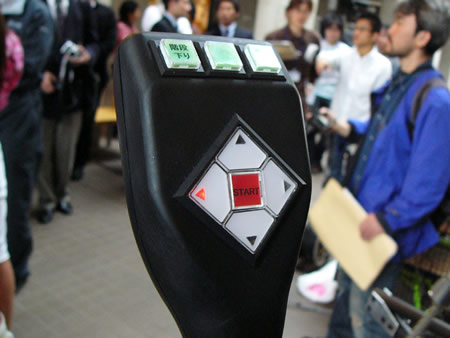 Another ingenious robotic pal from Japan to make our lives a bit easier. The folks at Waseda university have developed the WL-16RIII Walkbot which stands 1.28 meters tall (4 feet) and has a seat on top of a pair of mechanical legs. It is designed to be used by the elderly, handicapped and the lazy. The seat has two joysticks which allow you to control it’s movement. The WL-16RIII is powered by an Intel Pentium III processor at 850 Mhz and has a nickel hydrogen battery. However there is still some time before the device is perfected and can carry you grandmom around as currently it is a bit slow and has weight restrictions.
(Video and Image after the jump)